Currently we are witnessing the transformation from digital fashion media into print media. Simultaneously to the exhibition new forms of post-digital materiality are emerging. 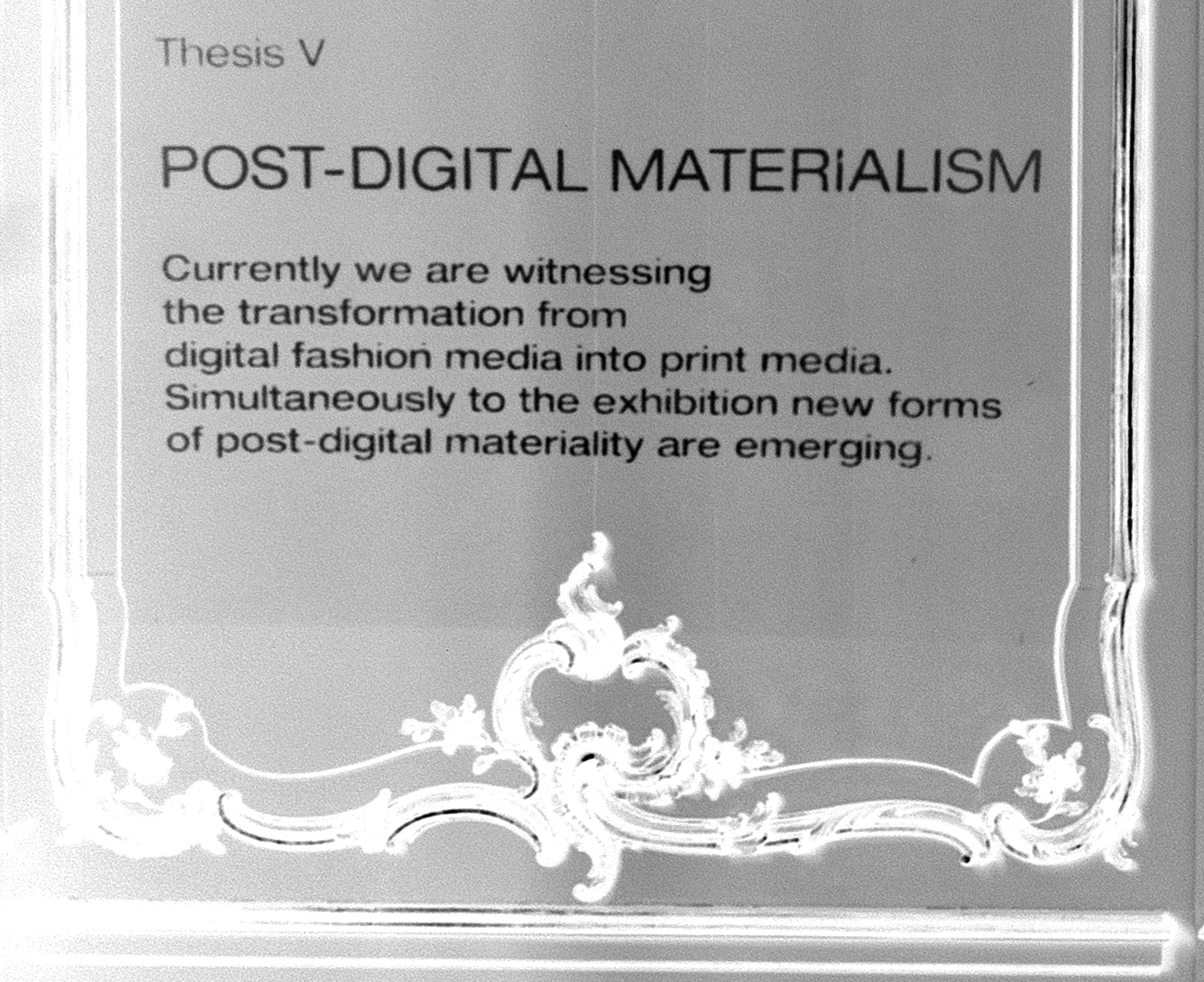 “The great man-made simulacra pass from a universe of natural laws into a universe of forces and tensions, and today pass into a universe of structures and binary oppositions. After the metaphysics of being and appearance, after energy and determinacy, the metaphysics of indeterminacy and the code. Digitality is its metaphysical code (Leibniz’s God), and DNA is its prophet. In fact, it is in form (…), an industrial rationality which postulates a universal system of equivalences (classical representation is not equivalence but transcription, interpretation and commentary).